Merry Riana is a Millionaire Entrepreneur, Best-Selling Author and Motivational Speaker.In just a short period of 4 years after her graduation, Merry has earned more than S$1,000,000 through her business. This achievement is featured as an article titled ‘She’s made her first million at just age 26’, in The Straits Times on 26th January 2007. In October 2010, Merry was conferred the Great Women of Our Time Award. As an icon in the regional, financial, and educational communities Merry has broken down barriers to become one of the most admired and watched individuals in the media today.

Anyone can do something when they WANT to do it.
Really successful people do things when they don’t want to do it.

It’s amazing to see how many people are eager to succeed in life, but they’re often unwilling to do what is necessary in order to actually become a success. Yes, there are going to be things in your journey that you don’t want to do. Take a deep breath, accept what you have to do, and then do it to the best of your ability.

Have you put off tasks you don’t want to do, but you know it’s important?
What will my perseverance prove to myself and others? 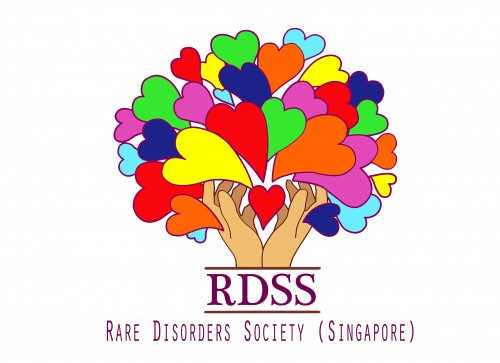 This National Day gives me a good opportunity to share and spotlight on little Singaporeans and their stories and on living with Lysosomal Storage Disorders (LSD).

I hope to put Singapore on the map for government funding for LSD and Rare Disorders Society Singapore (RDSS) patients and we can make this happen with more awareness and support.

So read on as I share with you their dreams and strong fighting spirit. 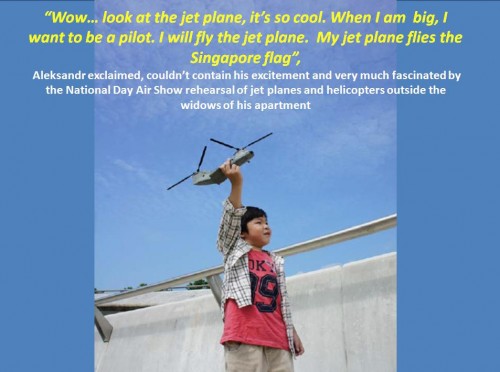 Born in 9th February 2006, Aleks is everything any proud parent want in her/his child. Aleks came into the world and made such a beautiful impact, a sprightly boy with his infectious smile who brings exultations to everyone around him.

During Aleks’ routine check-up when he was six-month old, his pediatrician noticed somthing was not right with him. Aleks’ blood count was extremely low with enlarged spleen and liver. Subsequently, for the next 2 years, Aleks made several visits to hospitals and specialists and underwent numerous blood test without any conclusive diagnosis.

In December 2008, Aleks was diagnosed with Gaucher Disorder a rare genetic disorder virtually unknown in this part of our world. He is believed to be the first and only patient to be diagnosed with it in Singapore. For Alek’s case, the only approved drug for treatment (by other national health authorities) that was available is an enzyme called Cerezyme which is produced by the pharmaceutical firm, Genzyme.

The prices for Cerezyme and other “orphan drugs” are very expensive. The cumulative dosage for Cerezyme is positively correlated to the weight of the patient. Aleks now weighs eighteen kilograms and will require four vials of Cerezyme for his treatment (or Enzyme Replacement Therapy, or ERT for short) a two-weekly intravenous infusion of this drug. The estimated total cost for his annual dosage of Cerezyme work out to be SGD150,000.00. 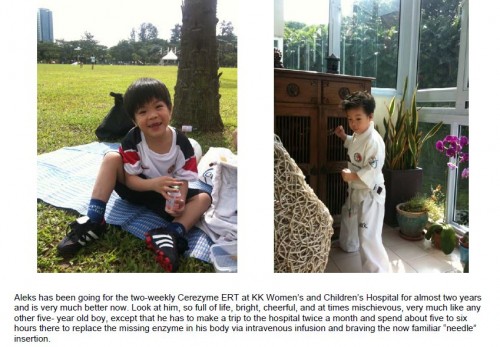 Little Chloe was born prematurely on Nov 8, 2009, at 2.695kg, 35 weeks gestation. She winked at mummy and stuck out her tongue the moment she was put into mummy’s arms! She cried when the nurses brought her away from mummy, to weigh her. Upon mummy calling her name, she stopped at the familiar voice. How intelligent and all thanks to the months of bonding through story telling, singing, prayer and constant conversation when mummy was expecting her. Besides being admitted for jaundice (which is very common among Asian babies), she had been healthy and an above average baby in terms of weight and overall development. She was extremely responsive that she amazed friends, family and doctors. She brought so much joy to all. She even went for her first swim at four months old and embarked on her semi –solid foods well. Whenever she went for injections or blood tests, she was the most cooperative and brave. 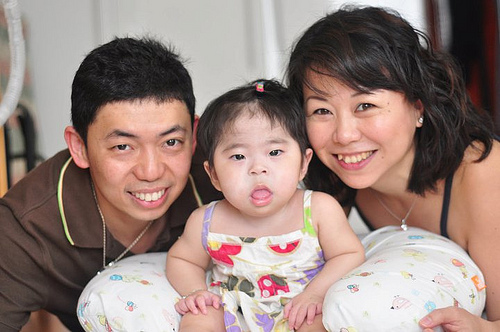 When it all started:

All was well until when she was more than five months old. She did not feed well anymore and seemed quite uninterested in toys. Much attempt had been made to let her practice her motor skills, e.g. grabbing toys and food, turning over from back to tummy, sitting up by herself with hands pressing against her feet in front, but to no avail. We started to wonder if she was just lazy. We were perplexed why a baby who was ahead of others when she first started out, would lag behind so much for no reason. We were being referred to a specialist at KK Hospital who dealt with growth hormones program, by the pediatrician.

The growth hormone specialist was not sure if the problem had been properly diagnosed as such yet. He spoke to several other specialists in other fields and ordered different tests to be done, before deciding the course of treatment. We were also given appointments with a neuro-muscular and genetics doctors.

Meanwhile, little Chloe fell ill, with temperature that was erratic over the next week or so. We brought her to several doctors during this period. Eventually, we went back to her pediatrician at Gleneagles Hospital, who referred us to KK Children’s Emergency.

Upon registration, six to seven doctors attended to Chloe immediately. Mummy and daddy wondered why the commotion when it was just bronchitis. Chloe was hooked up to several machines, including a respirator. Doctors said she had breathing difficulty when she appeared all normal and rosy to us. An X-ray was done and they discovered that her heart is enlarged! Further investigation was done via a cardio scan. As he did screen shot after screen shot, one measurement after another, the waiting became forever. The screening showed that her heart muscles had thickened. One specialist came in after another. No one could arrive at a conclusion about her condition. A senior consultant was called in. After much deliberation among themselves, the senior consultant said in a very serious tone,”Mummy and daddy, please come with me. I need to speak with you.” Mummy’s heart sank. It felt like something was terribly wrong.

At the other room, the senior consultant related her heart condition to us and what their suspicions were. Several tests needed to be carried out to confirm the underlying condition. However, he warned that one of the highest possibilities meant that Chloe might not live beyond one year old! We were lost and felt giddy! 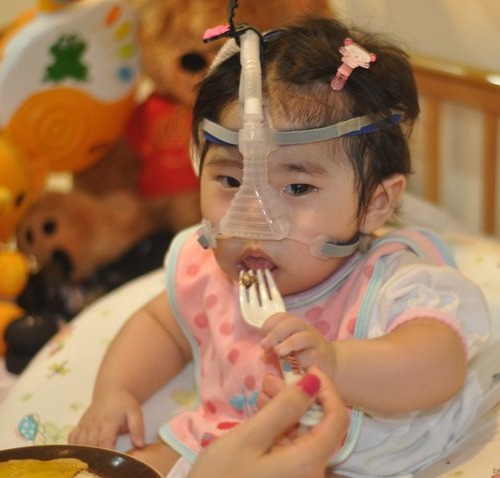 Two weeks after admission and under intensive care, on 2nd July 2010, Chloe was confirmed to be suffering from a very rare genetic condition – Pompe Disease (which weakens her overall muscles, including that of the heart).

We had been presented with hard facts about Chloe’s current condition and her bleak chance of living a quality life. The only treatment (not cure) – enzyme replacement, is proven to help with improving the heart condition and the overall muscular function. However, the patient may suffer from the side effects or develop anti-bodies against the infused enzyme. Doctors are not sure if she will react to the enzyme at all. Even if she does, when that will happen and or how well the treatment can help her. The cardiologist even commented that it is a matter of time that she passes on due to the weak and progressive heart condition. He is afraid that the heart may even give way before the effect of the enzyme kicks in. Other predicted that Chloe’s best-case scenario is still wheelchair bound. Worse still, she may need respirators and feeding aid, even if we manage to keep her alive. In addition, patients with such condition tend to have a short(er) live span. To add on to all these is the hefty medical cost of about $200,000 to $300,000 per year (and increasing as she grows older and requires higher dosage). This will be a life long treatment if we wish to keep her alive.

We grappled with the decision of whether to let Chloe go through the treatment. Not for selfish reasons like being afraid to make major adjustments to our standard of living, rather, we do not know if we will be helping her at all or are we just prolonging her suffering. What if the doctors’ prediction come true? What if she starts to understand and blame us for keeping her alive when she cannot do what a normal person can do (e.g. feed herself with her hands, play and run about with kids of her age, etc)? What will become of her when we pass on before her? Or what if she reacts wonderfully well to the treatment but we still got to give up her life, because we run out of financial resources to pay for the treatment? At the same time, we cannot convince ourselves to give up her life at eight months old, based on uncertainties and predictions. We do not have the right to deny her the chance to fight for herself.

After praying very hard for signs, we saw with our own eyes that she was trying very hard during her physio-therapy sessions in the hospital and that she was getting stronger and happier everyday. We decided that it was God’s way of telling us to let her go through the treatment and that there will be a miracle healing for her.

In the long haul

As parents, we can only give her what we have and can afford. We are ready to give our all for her. She deserves all the love and care in this world. We are willing to give up our cars, apartment and all the possessions, but even all these will not be enough to pay for her life long treatment. No ordinary working class parents will be able to afford the medical fees. As the condition is very rare, no organization nor government body provides funding of any kind in Singapore. Hence, we need the collective efforts of many kind souls out there to help save our baby’s life. We pray for God’s grace in our effort to give Chloe life. 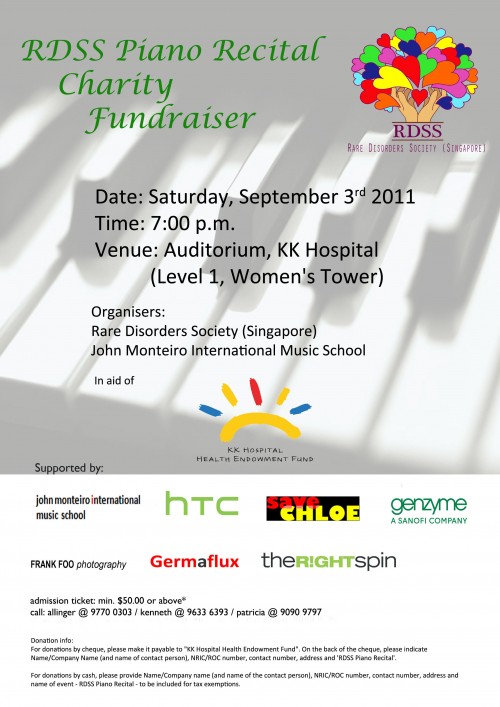 I encourage you to set goals and know where you want to go, take the first step in faith, and keep walking until you reach your goal. 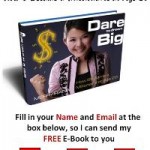